Destiny represents the main cards you have. The first edition of The First Spine has 4 destinies, namely the Conjurer, the Summoner, the Sorcerer and the Hunter.

The Conjurer can bring up great artifacts just by thought to generate steadfast defenses.

Summoner can materialize creatures straight out of their opponents' nightmares.

Neither Summoner nor Conjurer, the Sorcerer has powerful spells to thwart the strategies of his opponents.

The Hunter has everything to hunt down the different wizards of Exodia. Using his opponents' weapons is his specialty.

The origin represents where your player comes from, and the cards that will complete your starting deck. The origin must remain secret and complete your deck with 6 additional cards. Remember: if you play a card of your origin, expect to reveal your strategy.

The healer has a healing spell and a whole range of defenses.

The architect can modify the playing field as he pleases.

The Priest knows the pangs of pain and uses it for his own ends.

The Blacksmith can increase the defense of his cards and use a deadly hammer.

Objective of the game

The First Spine is a board and card game, in the sense that players draw cards, and can put them down and play them on a game board.

Choose a destiny and an origin for your character, and reduce to 0 the hit points of your opponents by placing the cards on the game board. 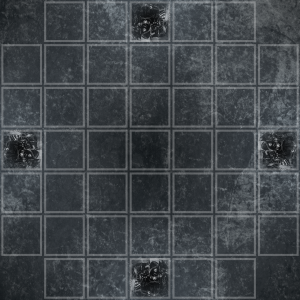 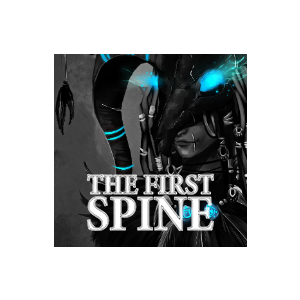 4 destinies decks of 36 cards each

4 origins decks of 24 cards each 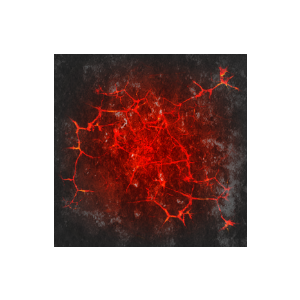 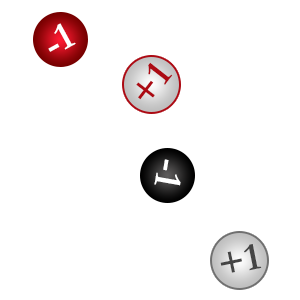 Each player chooses a destiny and takes the respective destiny and origin decks. They place the sorcerer card in front of them in the center of the end of the game board which is closest to them..

Each player chooses and draws the six original cards from the origins deck, marked with the same letter in the lower right on a silver background. The remaining cards must be put offside.

Players shuffle their cards and draw 6 cards to form their starting hand.

Spells must not be placed on the game board. Once played, a spell card must be discarded.

- The symbol here represents the capacity on the side of the card. This capacity only affects the side on which it is marked.

- This symbol - and all other symbols there - represents the capacity of the card.

The First Spine game board may contain special squares that each have a different effect. These squares can be added at the start of the game, or during the game.

Each player is represented by a sorcerer. The number in the center represents his hit points. When these drop to 0, the player has lost. The sorcerers place themselves on the boxes located in the center of the ends of the board. In 1 against 1, they are placed in front of each other.

Wizards cannot move, and cannot initiate confrontations with other cards.

Each part is broken down into turns going in a clockwise order. Each turn contains 3 phases of games to be played in order: discard / draw, actions and finally confrontations.

The player who starts is the one who lost a previous game. If no game has been played before, the one who got up the earliest starts.

Before starting your turn, effects that happen “before your turn” resolve before the discard / draw phase.

Then, you have to draw cards to have a hand of six cards.

This phase must be played at the start of each round and is mandatory. 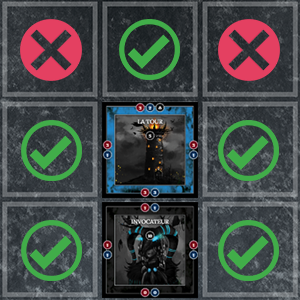 You can place a creature or artifact on the game board in front of you.

A card can only be placed on an empty square and adjacent to a square you control. You control a square if one of your cards is on the square, including the sorcerer who represents you. 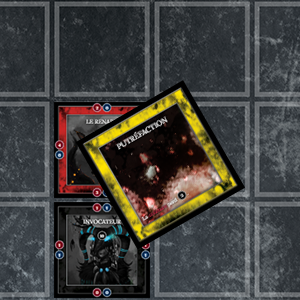 You can play a spell card you have in hand. 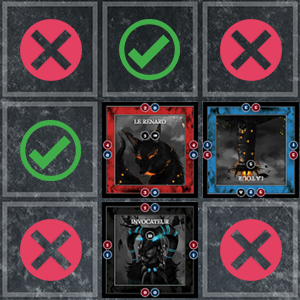 You can move a creature from one space on the game board to another free space. Diagonals are not allowed.

During a confrontation, you must calculate the hit points lost by each card. To do this, you must take the attack (in red) on the side of the confronting cards and subtract the defense (in blue) from their opposite card. The result obtained must be deducted from the hit points of the cards..

The confrontation phase must close the player's turn.

In the example above, The Paladin belongs to the active player and enters into confrontation with the Barbed Wire.

The Barbed wire is therefore destroyed and goes to the owner's discard pile. The Paladin stays in play with 2 hit points.

At the start of your turn (before the draw phase), you can move one of the cards that has this ability.

If the card is destroyed by another card, the space occupied by this card can only be used from your next turn.

The card wins 1 each owner's turn for 5 turns.

The card confronts with other cards placed on the side of the ability.

The card placed on the side of the ability wins 2 for all sides as long as it is controlled by the same player.

Here are some rules that will help you if conflicts arise during the game:

Multiple abilities and effects at the same time

If a card contradicts the rules, the card wins.